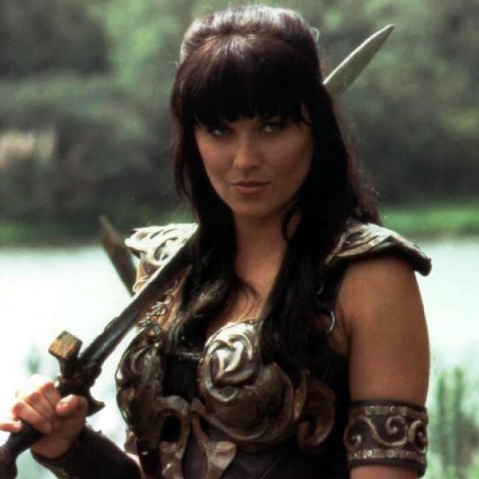 Assault weapons have no place in a civil society. Unless you are preserving he right to shoot em up? “@JamesBondFlemng:

“Assault weapons have no place in civil society,” says Lucy Lawless, the actress who made a name for herself as an Amazon warrior on “Xena: Warrior Princess.”

Out: Boomsticks. In: Broomsticks.

Want recruits? “@whattheffacts: “Gulabi gang” is the name of a gang of women in India, that on call beats up abusive husbands with brooms.”