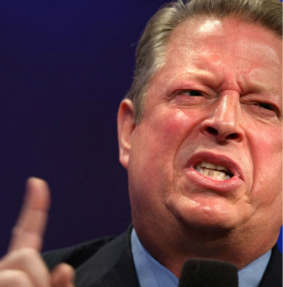 @algore No one disputes cc. The cause is the bone of contention. So prove what's causing it genius…

That’s easy. If you ask Gore, everything causes global warming. The proof? Al Gore said so.

The man who wants the world to believe that the oceans will rise due to unnecessary energy consumption and the burning of fossil fuels but who lives in a mansion by the ocean and sold out to Big Oil tweeted his displeasure with Reuters today:

Because when you think of those who actively scheme to bury the Left’s causes, the national mainstream media is near the top of the list, right Al?