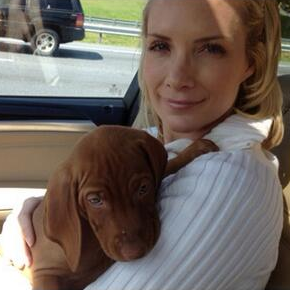 Greg Gutfeld has ribbed Dana Perino about her love of dogs in the past, and Perino was back at it by tweeting Gutfeld a picture of her dog Jasper as an early birthday tribute.

Perino heard from another dog lover:

@DanaPerino New to twitter and I have no idea what I'm doing! I joined just to share my dog❤photo with you. pic.twitter.com/wwa5z8r4Mq

And that prompted Perino issue a call for tweeters to send their dog pictures to Gutfeld:

However, Gutfeld wasn’t taking it lying down, and he retaliated by requesting others to send their cat pictures to Perino, who Gutfeld portrayed as anything but a feline fanatic:

Okay, ran in @DanaPerino who said there's "no such thing as a cute cat." I implore you NOW to tweet a picture of your cat to her. #cathate

I repeat: @DanaPerino hates cats. Said, "they are large homely rats." Tweet her evidence to the contrary NOW.

Gutfeld revealed what he really wants for his birthday:

The best birthday gift? first send @DanaPerino a cat pic, then unfollow her. Lets get her under 100k by tomorrow night.

As for the cat request, there was a taker:

A plea for birthday unity:

For @greggutfeld 's birthday, dog pics were great. The cat pics for me were great. But what would be the best? Dogs and cats together pics!

Be careful what you ask for: