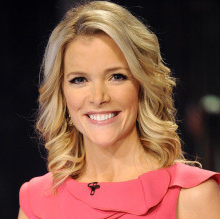 Earlier this summer, Fox News announced that Megyn Kelly would be moving to primetime when she returned from maternity leave. Many speculated as to where she’d fall into the schedule.

This morning, Matt Drudge reports that Kelly will take over the network’s plum 9 p.m. slot:

Drudge reporting that Megyn Kelly will get the 9 pm slot on FNC. Fox source: "She is the new face of cable news. She has it all!"

Many people are now wondering what how this will affect Sean Hannity, whose show currently airs at 9 p.m.

Drudge: Megyn Kelly going to be at 9 pm time slot? Cool, but what about Hannity? Is he moving to 10 pm? http://t.co/TPNgBfe5VS

It’ll certainly be interesting to see how this develops.

No way Hannity is out of Fox News primetime…. Genius Drudge gunna keep us refreshing….

Editor’s note: This post has been updated with additional tweets.

Piers Morgan is taking the news as we’d expect him to:

Ailes responds to Drudge's claim that Kelly is getting Hannity's 9pm time slot: "All of our stars will be back." http://t.co/lYqifajkhd

FNC CEO Roger Ailes, being interviewed by Fox Business News anchor Neil Cavuto at a 21st Century Fox investors confab this afternoon, said, when asked about the report Megyn Kelly was getting Sean Hannity’s 9 PM timeslot:  “All of our stars will be back.” Ailes gave Hannity a ringing endorsement, calling him a brand loved by viewers.