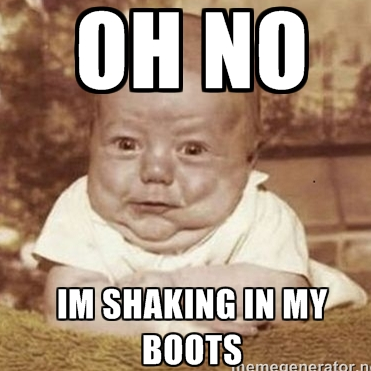 Dear @WeWantWarren, When someone lies about being an Indian, it's not racist to make fun of them about it. https://t.co/f0WDwQPi8X #protip

That Jonah Goldberg … he’s got some nerve!

Recently, he posted an op-ed suggesting that Elizabeth Warren is poised to become “the Obama of 2016″:

Senator Warren owes her left-wing hero status to the Democratic version of this kind of populism. She’s been talking for years about how the well-connected “rig the system” for their own benefit. Now, I find many of Warren’s proposed solutions — more regulation, more taxes, more government, etc. — abhorrent. But, believe it or not, I am not a Democratic-primary voter. Those who are love what Warren is selling.

In that particular piece, Goldberg’s harshest criticism of Warren revolved around his fundamental disagreement with her political philosophies. But the way @WeWantWarren, which calls itself “a diverse coalition of middle class Americans drafting Sen. Elizabeth Warren for President in 2016,” reacted, you’d think he’d’ve stolen Lizzie’s stolen recipe for “Cold Omelets with Crab Meat” and tried to pass it off as his own!

For his part, Goldberg tried to smooth things over:

But the folks at We Want Warren weren’t having it:

Warren’s cheer squad might be miffed, but we’re definitely entertained.

This is frickin' hilarious. Thanks for RTing it, @JonahNRO. https://t.co/ecGd2az9iZ