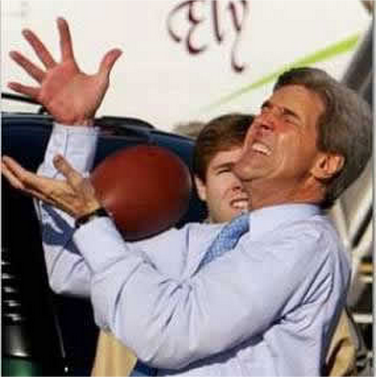 Kerry Makes ‘Urgent Plea’ for World to ‘Step Up’ on Ebola. Oh, now he makes it?

A little late there, buddy. But remember, he was probably “for Ebola before he was against it.”

Secretary of State Kerry hit up CSPAN on Wednesday.

How best to fight it? Why, with pie charts, of course!

@dmartosko @SecKerry And soldiers in Africa. Our soldiers should be at our airports turning people away at gunpoint.

Absurd we allow Ebola to arrive in US so we can "screen 4 symptoms" once here/at airport. Aka around lots of other ppl going somewhere else.

So, John Kerry met with Obama on Ebola; And then this happened? [photo]

So, this photo of Obama and his ‘foreign policy team’ is depressing and embarrassing