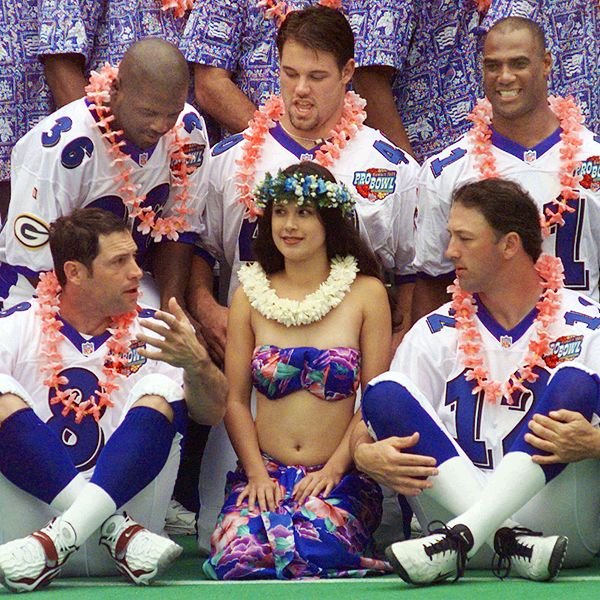 We're soooooo looking forward to this. RT @EyeOnNFL: The NFL has announced the Pro Bowl will occur the week before the Super Bowl in Hawaii.

Because, really, who doesn’t love the Pro Bowl?

The NFL’s version of the All-Star Game will officially return for another year, providing a certain time and date for football fans of all ages to take a nap.

Awesome. I can't wait to not give a crap…again… RT @NFLPA Aloha! 2013 NFL Pro Bowl to be played in Hawaii on January 27.

NFL EVP Ray Anderson: "Players have made it clear thru the NFLPA that they would like the opp to continue to play the Pro Bowl in Hawaii."

Well of course they’ll make it clear, Ray. The players will take any way they can to get to Hawaii. It’s not that complicated.

Ugh…I thought the NFL was going to cancel the Pro Bowl? I guess the money they make still outweighs the embarrassment of it.

The 2013 Pro Bowl has officially been scheduled. I think that's a little premature considering the 2012 Pro Bowl hasn't been played yet.

Wait! They still have a pro bowl?

It just goes to show you how much people care about this game that really means nothing by the time the third quarter starts.

Commissioner Roger Goodell had been weighing the option to have the Pro Bowl this year, and whether it would be in Hawaii or in the site for Super Bowl 47, New Orleans.

To all those tweeting to announce the Pro Bowl: I insist, nobody cares. I mean NOBODY

We do hope that sarcasm was intended here, Mr. Freeman.