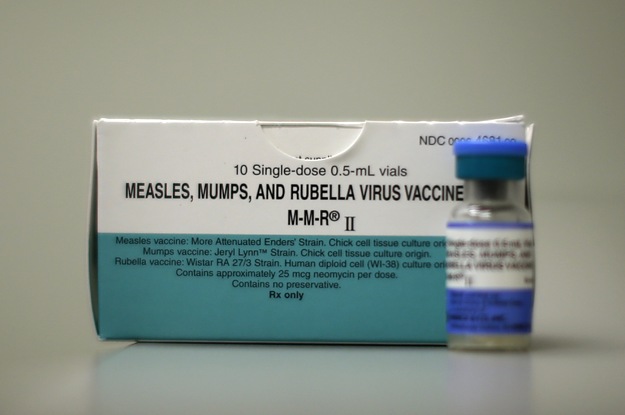 An infant in Berlin died after contracting measles last week, part of an outbreak that has infected at least 574 people in the German capital since October.

A 1.5-year-old infant in Berlin died of measles on Wednesday, Feb. 18.

The death is the latest development in an outbreak that has infected nearly 574 people in the German capital since it started in October, according to German news weekly Der Spiegel. The last measles death in the country happened in 2013, when a teenage boy died from complications after contracting the disease.

Germany has relatively high immunization rates. The country has offered free measles vaccinations since 1970, and has an overall vaccination rate of nearly 95% (compared to 91% in the U.S.) Most of those currently affected are adults born between 1970 and 1990.

The current outbreak has been linked to asylum seekers from Bosnia and Herzegovina, and Serbia, according to health officials at the Robert Koch Institute. Two other cases appear to have spread via travelers from the U.S.

According to the Washington Post, the German measles outbreak was about “10 times worse than the one in the United States in January, relative to the total population.” The U.S. outbreak has spread to roughly 154 individuals since the beginning of January.

The current outbreak stands in contrast to Germany’s plan to stop all measles cases within the country by the end of 2015.

Representatives from the German Ministry of Health have told BuzzFeed News that, as of Wednesday, measles cases in Berlin are up to 600 since the current outbreak began in October.

Mostly adults have been infected, due to low immunization rates among certain age groups in Germany: 20% of 18-29-year olds and 53% of 30-39-year olds are not vaccinated against measles. The 1.5-year old infant is so far the only death that’s occurred as a result of the current outbreak.