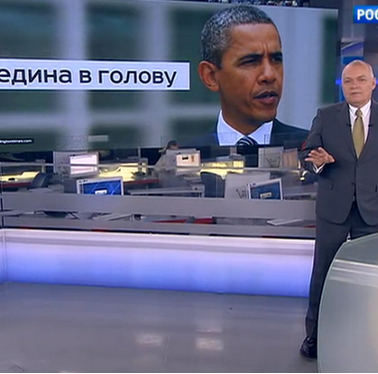 new head of "Russia Today" said on state TV "#Russia is the only country in the world that can turn the USA into radioactive dust".

According to Dimitry Kiselev, Obama's hair is graying because he's worried about Russia nuking US? https://t.co/4H1WWmJ7O1

Not to cast doubt on Kiselyov’s talking point, but Obama’s hair has gone back and forth for years, partly for this reason:

.@whitegl Ha! Obama gets gray hair from not getting his way at home. He had it a long time before Putin started acting out. He colors it.

Obama went gray on occasion even back before he was mocking Mitt Romney for still considering Russia a geopolitical foe and making “flexibility” promises to Putin and Medvedev.