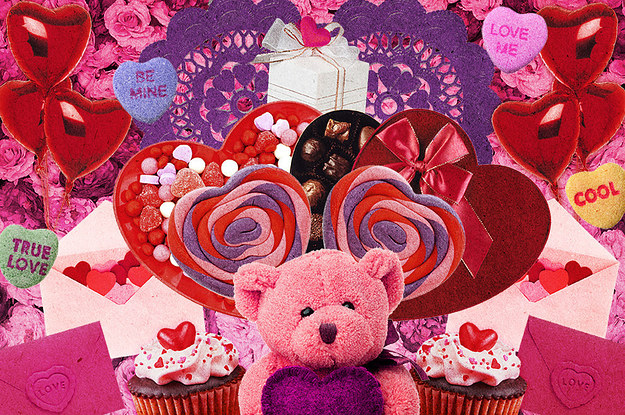 When people say, “I hate Valentine’s Day,” what they often mean is, “I hate being forced to take inventory of the quality and volume of love in my life.”

There are few holidays that conjure the collective groan of the public like Valentine’s Day does. Every year, there is at least one finger-wagging article about either the commodification of love or about how the historical St. Valentine would scarcely recognize the saccharine rituals of his feast day. The weeks leading up to Valentine’s Day are a time of competitive suffering between couples and singles. The former wring their hands about the pressure to have a picture-perfect Valentine’s Day plan, while the latter bemoan the dearth of romantic prospects in their target demographic. People who are otherwise rational indulge in conspiracy theories about the profit-mad corporations that make greeting cards and nondescript teddy bears. The minuscule portion of the population that admits to liking the holiday is dismissed as naÃ¯ve and subsequently banished from their home cities.

This is the last Valentine’s Day that I’ll spend in my twenties, and since I am presently unattached, I should be more determined than ever to ruin it for others. Instead, I am determined to naysay the Valentine’s Day naysayers by championing this holiday as not only harmless in its approach to love but as a critical tool for understanding it. Valentine’s Day is so difficult not because it makes love a commodity but because it presents us with the challenge of looking at the richness, or lack thereof, of our romantic lives. When people say, “I hate Valentine’s Day,” what they often mean is, “I hate being forced to take inventory of the quality and volume of love in my life.”

As a diehard believer in the magic of Christmas, I am usually too fatigued by holiday evangelism to pay much attention to Valentine’s Day. But now I find myself reflecting more on the holiday as I receive what feels like an endless stream of PR pitches about Valentine’s Day gifts, dating apps, and the love experts who guarantee a fresh take on the big questions about love. The phrase “What better way to show your love than [insert product or service here]?” appears often and earnestly in these emails. The most immediate answer is “almost anything else” when they are selling pink-hued tchotchkes or a chance to attend a singles mixer for dog owners with a pun-laced name. But I think the more accurate answer is, “Well, nothing especially.” Because ultimately the gestures of gifts and dates and sweet nothings between couples and their absence in the lives of single people are never going to adequately capture our feelings of love or of love’s absence.

In 2014, I spent Valentine’s Day snorting lines of prescription painkillers and having sex with a man whose love I desperately wanted. We were on-again, off-again for most of our relationship, and he emerged from an off-again spell that evening to tell me that he missed me and wanted me to come over. I grudgingly accepted his invitation when he offered to send a cab at his own expense, a gesture that signaled his desire more than his care. At one point he took a Snapchat of himself taking a line of Percocet off my ass and then smugly grinning at the camera, demonstrating to friends on the receiving end of the video that he had the best of both worlds: a girl to spend the night with but one that he clearly didn’t have to extend anything so vulnerable as love to. I was good enough to show off but not good enough to be spared from having our most intimate moments on display.

In 2013, I accidentally scheduled a first date for Valentine’s Day because we both looked at the day of the week rather than the date. Like most dates in Brooklyn, the lead-up to it doubled as a competition in the BlasÃ© Olympics, with both of us doing our best to not appear to care about the date’s outcome. I remember that we got oysters, that he smelled strange, that he attempted to tip way too little, and that he lived in a part of town that it wouldn’t be worthwhile to make the trip to. I won the BlasÃ© Olympics by default because he wanted a second date and I flatly declined. It was a Valentine’s Day so comically devoid of any potential for love that it made the acute loneliness that I felt later that evening less heartbreaking than it might have been otherwise.

In 2012, I was in a loving long-term relationship. I have little memory of what we did on Valentine’s Day because I recall the best parts of that relationship not as days of the year or our grandest gestures but in brief memories of our time together. I remember times we lost our breath laughing or sang songs in the car together in a way you’re only supposed to sing when you’re all alone. I do recall that we exchanged the familiar Valentine’s Day objects during the years we were together. But they get mixed up with a record player and American Apparel sweaters from other holidays in the collection of artifacts from the relationship.

If I had brought a Cupid figurine wearing sunglasses to that apartment in 2014, the Snapchat would still have been sent. If my date in 2013 had brought a heart-shaped box of candy, it would not have been an antidote to my loneliness. And when my boyfriend in 2012 gave me a stuffed animal on Valentine’s Day, it did not replace our abiding love with a cheap toy from the drugstore.

Those who call Valentine’s Day a hollow corporate invention are quick to disparage anyone who buys such gifts as superficial and thoughtless. They sneer, “Is that really the best way you can demonstrate your love?” and “Why not give gifts randomly throughout the whole year?” as if such gestures are strictly forbidden on other days of the year. They are not. Valentine’s Day is just the day designated for us to hold out these offerings, the puny avatars for the mammoth beast of love, and make our love visible. They are the tacky iconography depicting something real even if they depict it inaccurately. They are so brightly colored not because it makes them beautiful but because it makes them impossible not to see in the season and on the one day that we have designated for thinking about love.

Most days of the year are unmarked and unremarkable. It is easy on such days to feel love and not to express it in a visible way or to feel loneliness and mistake it for an ache without an origin. This is because true love is experienced less in the form of sporadic bursts of expressive joy than in the form of a deep and largely undetected peace of mind and in the gut. It is a peace we didn’t know we even had until it is gone and a peace we didn’t know we wanted until we find ourselves in its tranquil waters.

It is a peace that people who are lonely or desiring of love, both single and those in unfulfilling relationships, notice the absence of on Valentine’s Day because it is a day when our loves are magnified. We are forced to stop and reflect on the uneasiness of living without enough love. The ghost of St. Valentine is not out crashing into otherwise perfect loves with grocery store bouquets to destroy them. He is out whispering to all of us who have neglected our hearts for much of the year that we might benefit from checking in to see if they’re as broken as we left them.

Holidays are the punctuation in what would otherwise be an unbearable slog through the impossible number of years most people spend on this planet. It is time to think of Valentine’s Day not as the most romantic day of the year but as the day we gather for the communal ritual of examining love, however painful it may be, because we have decided that it is valuable, worth stopping for, and worth suffering for too. It is a holiday that finds us in the middle of winter, when the cool comfort of autumn feels a century behind us and the arrival date of the spring’s shining sun is as knowable as the interior life of a groundhog. It is from this inhospitable landscape that we are asked not to be in love or to actively seek love or even to celebrate love. We are merely asked to acknowledge love’s presence in our worlds, and to perhaps believe in the promise of its warmth.